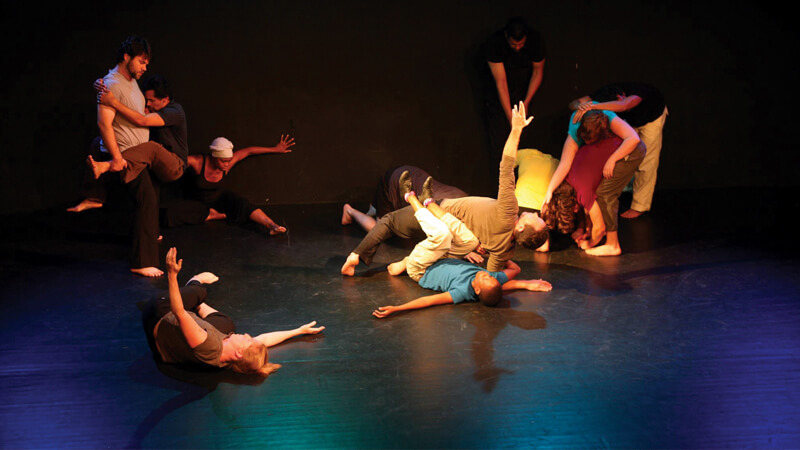 How to Experience the Truly One-of-a-Kind Culture of Maine's Lakes and Mountains.

With its grand mountains and pristine lakes and rivers, Maine’s Lakes and Mountains region is a mecca for outdoor adventure. But inquisitive travelers don’t have to wander into the remote wilderness to discover all the region has to offer. With its rich history, thriving arts scene, and a growing collection of breweries and diverse restaurants, you’ll find a unique and delightful culture.

Head into Maine’s interior to gain a whole new appreciation for this one-of-a-kind corner of America. When you’re ready to get a different taste of Maine, consider adding the following experiences to your travel itinerary.

If you’re interested in history, a trip to Maine’s Lakes and Mountains offers plenty of opportunities to investigate one of the most important eras in the state.

During the 19th century, Maine experienced great changes as industrialization boosted the economy and more railroads were built. The population diversified with the arrival of Irish and French Canadian immigrants, as well as Americans from neighboring states. In 1806, Israel Washburn Sr. moved from Massachusetts to Maine, started farming, and established what would be one of Maine’s most influential families.

To learn more about the intriguing history of the Washburns, head to the Washburn-Norlands Living History Center in Livermore, where you’ll see what life was like in the 1800s on the family’s 445-acre farm. You’ll also learn how members of the Washburn family not only ran a successful farm, but also opened banks, served as congressmen and state governors, ran railroads, led troops during the Civil War, and developed close ties to President Abraham Lincoln.

Politics were important in Maine in the 19th century, as citizens of the state would hold many prominent positions, including secretary of state, secretary of the treasury, speaker of the house, and even vice president. If you make the 30-minute drive from Livermore to Paris Hill, you can see the home of Hannibal Hamlin, who served as vice president under Lincoln. Hamlin’s well-preserved Greek and Colonial Revival-style home sits in a classic New England neighborhood with other classic 19th-century homes.

While you’re in town, stop by the Hamlin Memorial Library & Museum, which was once the village jail and now includes artifacts that detail Maine life in the 1800s.

This time period also saw the expansion of the Shaker community in Maine. From Paris Hill, take the scenic drive to New Gloucester and visit the Sabbathday Lake Shaker Village, the last active Shaker community in the world. Known for their craftsmanship, the Shakers produce and sell 19th century-style furniture, beeswax candles, and delicious jams and jellies on their 1,800-acre property that includes a farm, forestland, and 17 historic structures.

With a constellation of contemporary American art museums across the state and several high-profile artists in residence, Maine is known for its contemporary art scene. In Maine’s Lakes and Mountains region, you can begin exploring contemporary works with a trip to Lewiston, one of the state’s up-and-coming cities.

At the Bates College Museum of Art in Lewiston, an extensive collection from local son Marsden Hartley. From May through October, on the last Friday of each month, the downtown area of Lewiston and Auburn transforms into an arts district known as Art Walk LA. This gathering showcases a variety of artists based on themes like comedy, storytelling, or poetry.

About 20 miles northwest of Lewiston in the town of Norway, visit the Main Street Gallery and Matolcsy Art Center to see paintings, drawings, and jewelry from local artists. As you plan your trip to the area, keep in mind that in July, the Matolcsy Art center hosts the Norway Arts Festival where artists sell their sketches, drawings, and paintings that aren’t being featured in exhibits.

If you’re also interested in the performing arts, make the quick five-minute drive from Norway to South Paris to see a show at the Celebration Barn Theater. In the 45-year-old restored barn, you can see plays, dance performances, comedy shows, and even Stephen Ragatz’s virtuoso juggling. In addition to hosting shows, the venue serves as a theater school for all sorts of performing arts, including storytelling, improvisation, and mime.

One of the hallmarks of Maine dining is the humble mom-and-pop diner where you can get an impressive plate of delicious food for less than $10. Start your day at Norway’s Cafe Nomad for a breakfast sandwich, burrito, or omelet. For heartier brunch fare like steak and eggs, head to Cyndi’s Dockside Restaurant in Poland, or enjoy handmade bagels at DiCocoa’s in Bethel.

When lunchtime rolls around, get your old-fashioned barbecue fix at Smokin’ Dave’s BBQ in Norway. For something on the healthier side, get pre-hiking BBQ beef sandwiches to go at the Good Food Store in Bethel or a buffalo burger from The Red Onion in Rangeley.

Pick up a fresh loaf of anadama bread and a strawberry-rhubarb pie or two at Hungry Hollow Country Store. For something truly last-minute, pull over when you see the whoopie pie stand on the road to Grafton Notch to get a treat that packs perfectly in a day pack for summit snacking.

While down-home cooking is popular in this part of Maine, you’ll also find upscale options for dinner at 76 Pleasant Street in Norway, Fish Bones in Lewiston, and Forks in the Air Mountain Bistro in Rangeley. Sourcing their cuisine with local and seasonal ingredients, these restaurants were farm-to-table before that became a buzzword.

Speaking of food trends, the first modern craft brewery in New England was actually established in Maine more than 30 years ago. Like the rest of the country, Maine has taken part in the recent craft beer boom, and you’ll find some great breweries in the Lakes and Mountains region. At Tumbledown Brewery in Farmington, the cozy taproom has at least eight beers on tap. Including the popular Tumbledown Red and the Dawn Patrol Coffee Porter for those who take their mornings seriously.

With a motto of “Eat local. Drink local,” Norway Brewing brews beer made with locally grown grain and hops and also served food made with ingredients from local growers. If you visit during the warmer months, take time to enjoy food and a brew in their relaxing beer garden.

If you’re visiting in the summer, make your way to Saco River Brewing. Surrounded by ponds and rivers, it’s a great place to end a day of paddling or fishing. The vibe is very laid-back in the tasting room where you can quench your thirst with a Clearwater Pale Ale.

Located near the Sunday River Ski Resort, Bethel’s Sunday River Brewing is the perfect winter destination to enjoy a brew or two after a day on the slopes. You can also refuel with sandwiches, pasta dishes, and salads.

The thriving craft beer scene is just one example of how culture has evolved in Maine’s Lakes and Mountains. While the mountains and lakes have traditionally defined this area, new things have emerged to build communities, inspire people and encourage creativity. Once you’ve explored the galleries and museums and tasted the local cuisine, you’ll realize that this is a unique place that respects its past but also embraces the future.

Maine Wandering Down to the Farm in Turner
In this visual story, the Maine Wanderer takes you over hill and dale through the Androscoggin Riverlands for a hike and then on to Ricker...

Museums and Historic Sites
Maine's Lakes and Mountains region is steeped in the past—from outdoor heritage to inventors or native culture. In every corner of the...

Maine Wanderer Stops in Norway for a Winter Walk
The town of Norway sings in the wintertime, downhill runs for fun, hearty Maine meals and brews, and the lofty sculptures of a Bernard...
12
Loading...
[6 of 12]
Show More ▼
You Might Like

Fryeburg Historical Society Museum & Geneology Center
The museum is in the former Oxford County Registry of Deeds, a small Greek Revival-style building constructed in the 1820s. The building is...

All Souls Chapel (1912)
The Gothic Revival chapel opened in 1912 on the grounds of the former Poland Spring Resort. The chapel, built of Maine oak and granite, is...

Phillips Historical Society
The Vose house, built in the 1830s, houses a collection of Portland Glass, house furnishings from the time, information on local families,...