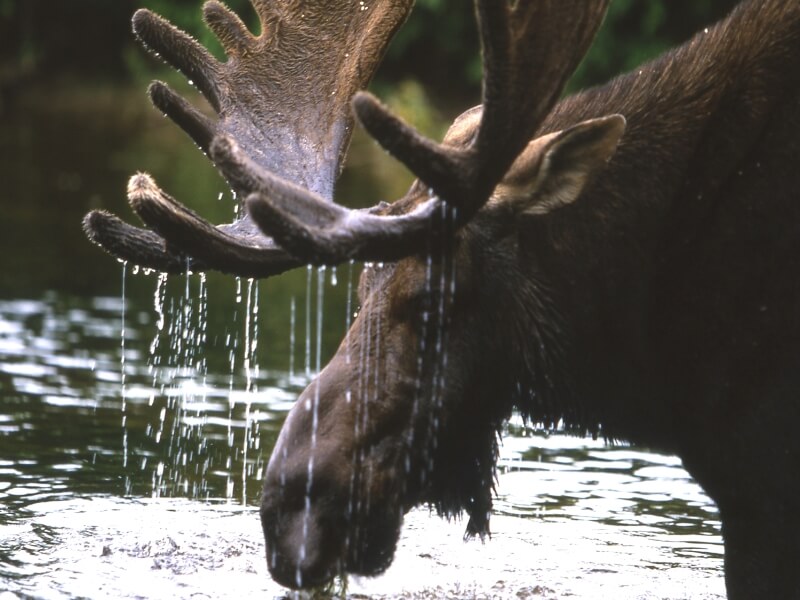 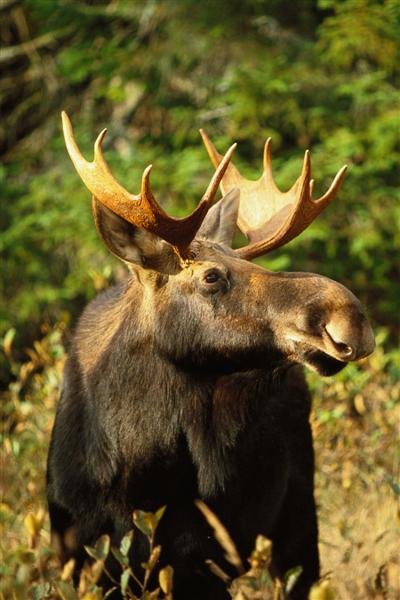 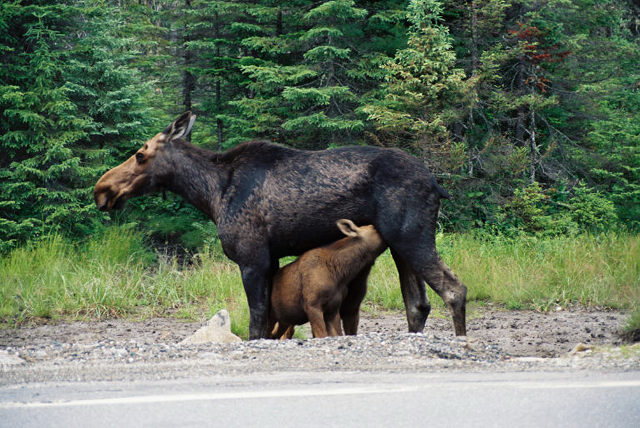 Moose can be seen throughout our state, but their population is greatest in the areas known as “the Maine Woods,” which include a large part of the Lakes and Mountains region. The best times to spot them are at dusk and dawn from mid-May through July and again in the fall during their breeding season, called the rut. Fall is also when the impressive antlers of the bull moose are fully formed. They will shed their antlers in November or December, and new, larger antlers will begin to grow in the spring.

Many experts list Maine’s Lakes and Mountains’ Franklin County as a top place in the state to spot a moose. Here are some of the best moose-watching spots:

Route 4: Between Phillips and Rangeley

Route 16: Between Rangeley and Stratton

Route 16/27: Between Stratton and Carrabassett Valley

Route 27: Between Eustis and Chain of Ponds

Because of their massive size, moose find it easier to move about in open areas. They can often be spotted along logging roads, diving for dinner in wet boggy areas, hanging out in gravel pits, and clip-clopping down hiking or snowmobile trails.

Maine's Lakes and Mountains is the right place if you are looking for a great moose-watching area. These amazing creatures can be spotted all over Maine, and of course, some of the best spots to see them are in Maine's Lakes and Mountains. Moose are gentle giants. They are herbivores and very respectful of their environment and other animals. They are by far one of the most interesting creatures we have in Maine.

Here are some Moose facts you may not have known.

1.Moose are the official state animal of Maine.

3.Only Bull Moose has antlers.

5.Bull Moose shed their antlers every winter and grow them back every spring.

6.Each year, a moose grows bigger antlers than before.

7.Bull Moose grow antlers to impress cows during mating season and to express dominance in the pack.

8.Moose have the highest rate of bone formation growth, growing up to 1 inch a day.

12.Moose are great swimmers and can swim up to 6 mph.

18.Calves will stay with their mom until one year old.

21.Moose have no upper front teeth.

22.Moose have front legs that are longer than their back legs.

24.The flap that hangs under the moose's throat is called a "Bell."

25.Moose are the largest member of the deer family.

26.There is such a thing as a white moose; however, it's extremely rare and is not considered to have albinism.

27.Like a dog, when moose are agitated, the hairs on their backs stand up straight.

30.You will likely see a fully-antlered Bull Moose in September and October. (This is right before they shed them for the winter)

To improve your chances of seeing a moose, contact an outfitter that specializes in moose-watching tours, also known as moose safaris. You’ll have the opportunity to safely and comfortably view these magnificent creatures as you learn about moose habits and habitat from a knowledgeable guide. At the right time of year, tours in some regions have spotted as many as 20 moose on one outing!

Hiking in LA Metro Area (Androscoggin County)
The mountains of western Maine are covered with pine and deciduous trees and trails that climb steeply. Here are a couple hiking experiences...

Birding
It's not an easy task for birders to explain the allure of seeking out and observing wild birds in their natural habitat. Our advice is to...
2
Loading...
[6 of 2]
You Might Like

The Stanton Bird Club - Thorncrag Nature Sanctuary
Founded in 1919 and named in honor of Dr. Jonathan Y. Stanton, a professor at Bates College. A conservation organization provides...
Loading...
Events
Riverwalk Blues & Brews Festival
4th Annual Riverwalk Blues Festival
Women's Backpacking
Designed for women of all ages. If you have always dreamed of backpacking but don’t have the gear or...
View All >